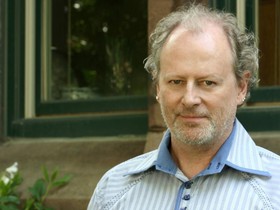 It is with the deepest sadness that EGU reports the death on 27 March 2021 of Dr. Peter Fox, Professor of Earth and Environmental Sciences, Computer Science, and Cognitive Science at the Rensselaer Polytechnic Institute (RPI) in the United States.

Fox was a pillar of the global informatics community and pivotal in establishing the ESSI divisions within both EGU and AGU. In 2012, his peers recognised this contribution when they awarded him the EGU’s Ian McHarg Medal for his role in establishing informatics as a genuine discipline within the Earth Sciences.

To mark Fox’s passing, representatives from EGU, AGU, ESIP, and other organisations have collaboratively authored a remembrance that highlights the impact he had both professionally and personally as a colleague, advocate, mentor and friend.  A Kudo Board has also been created for those who wish to leave their own remembrances of Dr. Fox.

The premature passing of Fox is a huge loss for the global Earth and Space Science Informatics community, and his absence will be felt for a long time to come. But it is his family and friends who will feel his passing most keenly, so it is to them that EGU extends its deepest condolences.

END_OF_DOCUMENT_TOKEN_TO_BE_REPLACED

The 2020 Ian McHarg Medal is awarded to Paul Wessel for outstanding contributions to developing open-source software, including Generic Mapping Tools (GMT), for the Earth and space sciences that have enabled thousands of research projects and papers.

END_OF_DOCUMENT_TOKEN_TO_BE_REPLACED 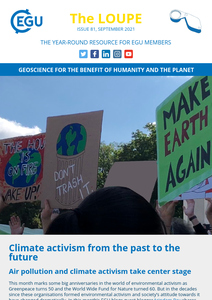