The hydrological sciences have their own division within the European Geosciences Union. The Hydrological Sciences Divisions is concerned with all aspects of the terrestrial hydrological cycle (including precipitation, surface water, soil water, groundwater) from the pore scale to the global scale, and its relationships and interactions with the atmospheric part of the hydrological cycle. The division also covers the interaction between hydrology and geomorphology (e.g., erosion, sedimentation, groundwater systems), the relationships between hydrology and soils, as well as the interaction between the hydrosphere and the biosphere (e.g., ecohydrology, wetlands). Furthermore, the ways in which hydrological processes are observed, quantitatively computed, and forecasted are addressed by the division. Management and operation of water resources by societies in various parts of the world is also within the division's realm.

Such tasks require considerable (voluntary!) input from many people, and offer plenty of opportunities to become actively involved.

You can also become involved in the Hydrology and Earth System Sciences (HESS) journal. In addition to submitting your best scientific work to HESS, consider that the journal needs both referees and members of its Editorial Board to cover a sufficiently broad spectrum of expertise to adequately handle all incoming papers. If you would like to become active as a referee or as an editor you may therefore consider informing any editor or Executive Editor of your wish.

The Division contributes to the EGU Awards & Medals programme that recognises every year eminent scientists for their outstanding research contribution and identifies the awardees as role models for the next generation of young scientists to foster geosciences research. In particular, members of the Division are invited to contribute to the nominations (deadline are every year on the 15th June, see here) for both the young and senior HS Division Awards and Medals (link).

The EGU offers a platform for young scientists to become involved in hydrological research, through sessions, social events and short courses at the annual General Assembly in April. Several activities are especially aimed for Young Scientists in the Hydrological Science, organised with the help of the Young Hydrologic Society.

Lastly, you are invited to share the news/information that may be of interest to the EGU Hydrological Sciences community, by sending a tweet to @EGU_HS or filling in the activity calendar webform.

Do not hesitate to contact the Division President or any Division Officer if you need any additional information on our activities!

Hydrological Science Division is in the EGU Blogsphere

The 2021 Henry Darcy Medal is awarded to Berit Arheimer for her scientific leadership in policy-relevant large-scale modelling of water quality and quantity, promotion of open hydrology, and her excellence in managing research groups.

END_OF_DOCUMENT_TOKEN_TO_BE_REPLACED

The 2021 John Dalton Medal is awarded to Brian Berkowitz for his seminal contributions to flow and anomalous transport in natural porous and fractured media with pioneering experimental methods and novel conceptual frameworks.

END_OF_DOCUMENT_TOKEN_TO_BE_REPLACED

The 2020 John Dalton Medal is awarded to Amilcare Porporato for seminal contributions to the field of ecohydrology and for developing new theories for the analysis of soil-plant-atmosphere systems across scales.

END_OF_DOCUMENT_TOKEN_TO_BE_REPLACED

The 2020 Henry Darcy Medal is awarded to Xavier Sánchez-Vila in recognition of his innovative theoretical work and practical solutions regarding aquifer characterisation, subsurface solute transport processes and managed aquifer recharge.

END_OF_DOCUMENT_TOKEN_TO_BE_REPLACED

The 2020 Arne Richter Award for Outstanding Early Career Scientists is awarded to Andreas Hartmann for outstanding contributions to understanding karst systems, their evolution, and particular hydrological processes, and pushing the community to large scales with new models and a smart use of tracers.

END_OF_DOCUMENT_TOKEN_TO_BE_REPLACED 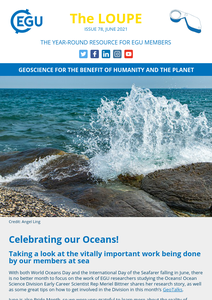