Map showing the strategic flooding of the Philippine area, southwestern Netherlands, in 1747 at the time of a French military attack 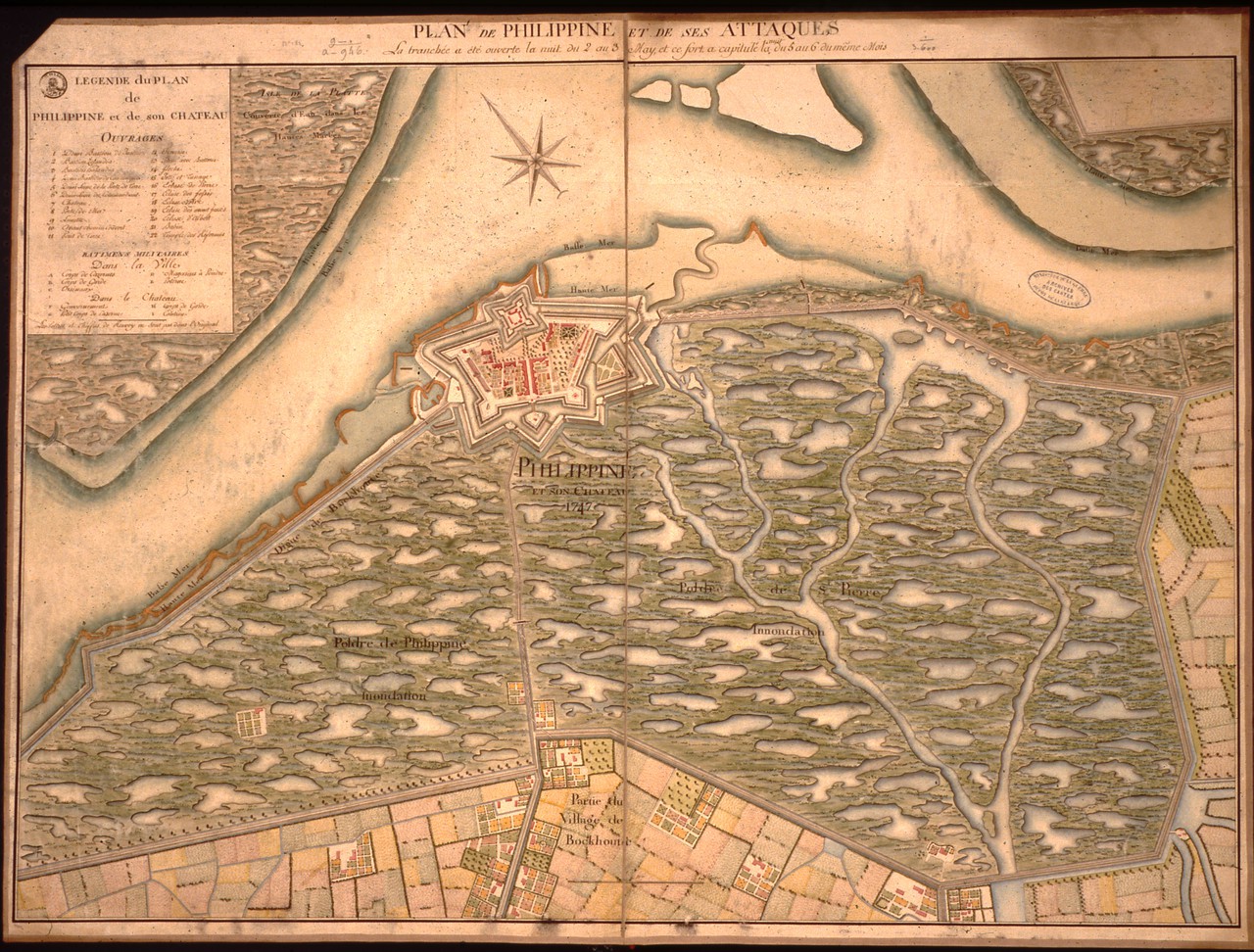 From 1702 to 1814, the French invaded the Zeeland Flanders area in southwestern Netherlands three times, occupying it twice. At that time the Dutch used an east-west running area (beginning at the town of Sluis and ending east of the town of Hulst) to be flooded in case of warfare. Philippine, shown in the map, is in the central part of this flood zone and, being a fortress, could be protected by flooding the low-lying marsh area to the south of it.

During all of their campaigns the French intelligence gathered information, including maps of the area depicting all the strategically interesting strongholds. This map, preserved in the archives at Vincennes (Service Historique de l’Armée de Terre), is one of them.