This page provides information for EGU members on networking opportunities within the geosciences.

The links below include information about networking and mentoring activities, mostly for women, in the geosciences:

In response to EGU members' requests, the EGU trialled a mentoring scheme for females (with mentors of both genders), which began in December 2011. The Woman in Geosciences Mentoring Programme was designed so that face-to-face contact was not vital and was meant to be an enriching experience for both the mentor and mentee. In the pilot programme, 38 pairings were active for 9 months. The EGU is not currently running this scheme. Since 2017, the Union is running a mentoring scheme at the EGU General Assembly for novice conference attendees.

Please contact the EGU Communications Officer if you are interested in networking opportunities within the EGU, or if you have useful networking and mentoring resources for both male and female geoscientists we could add to the list above. 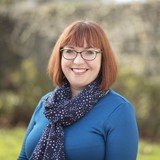