Sedimentary record of catastrophic floods in the Atacama Desert 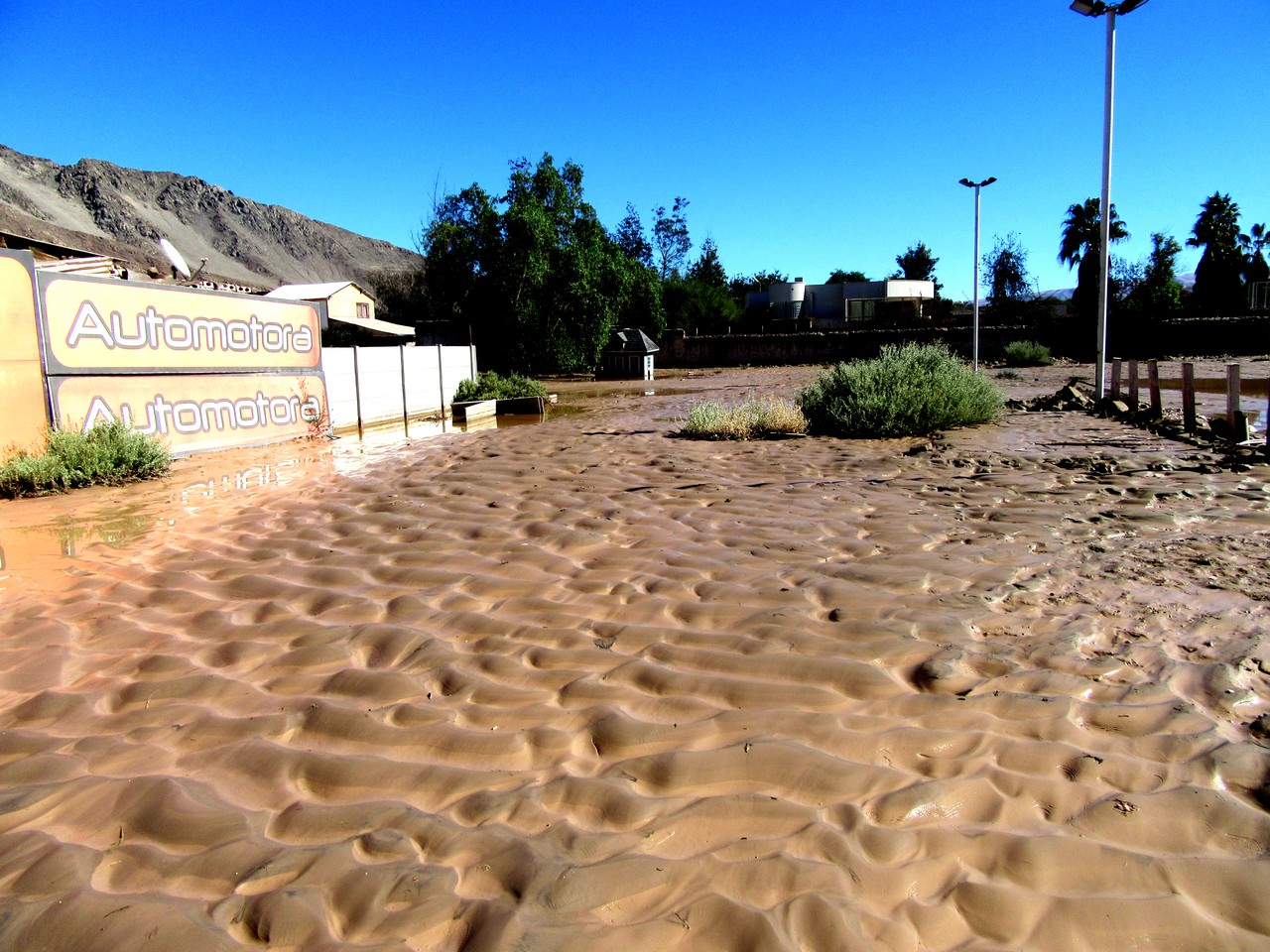 Despite being located in one of the driest regions of the world—the Atacama Desert in Northern Chile—the usually dry Copiapó River has flooded several times during the 19th and 20th centuries. Sedimentary deposits from the 2017 floods are shown here. The 2015 Atacama floods, analyzed in this paper, were among the worst ever recorded in the region, killing 178 people.